Apart from ducks and geese, the farming in this particular bit of south-west France is predominantly arable. The cereal crops, mainly wheat and barley, were all harvested by the end of July. The sunflowers are now thriving and the maize is coming on strong. There are one or two fields of soya beans here and there, and usually thats about it.

field of alfalfa or lucerne

However, yesterday, I noticed this beautiful field of purple and lilac flowers, and thought, bingo! Surely this is going to be butterfly-and-bee-tastic. And I was right. 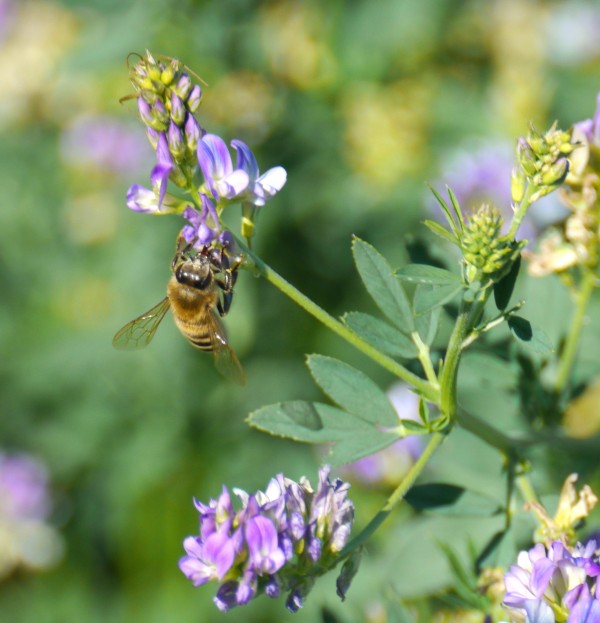 It turns out to be alfalfa, also known as lucerne, and is grown as a livestock fodder, predominantly for dairy cows. It is a member of the pea family, is a perennial and is the most cultivated forage legume in the world.

If you talk to a french person about cricket, this is probably what they are imagining… 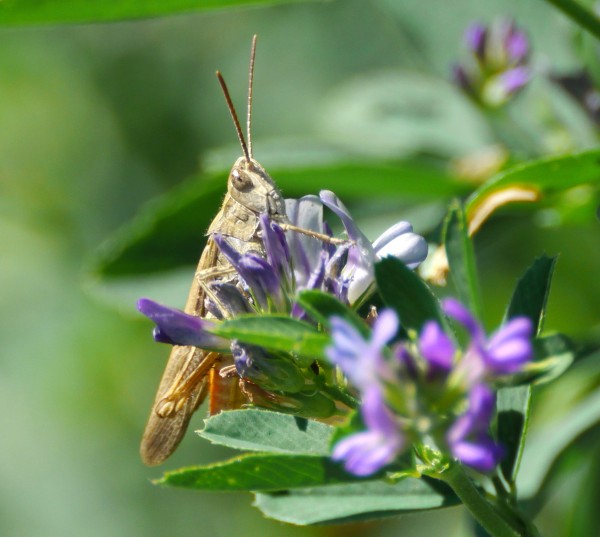 There were loads of butterflies, but as usual they were too busy fluttering and flittering for me to get a decent shot.

Another thing I couldn’t capture is the scent of the flowers, not to mention the humming and buzzing from the insects.

I’m going back tomorrow to see what else is in there – didn’t really have long enough yesterday.

6 thoughts on “Alfalfa Sprouting Up”