Howdy! My name is Flat Stanley, and I come from Austin, Texas – where I live with Karl, having being created by Riya as part of the Flat Stanley Literacy Project. 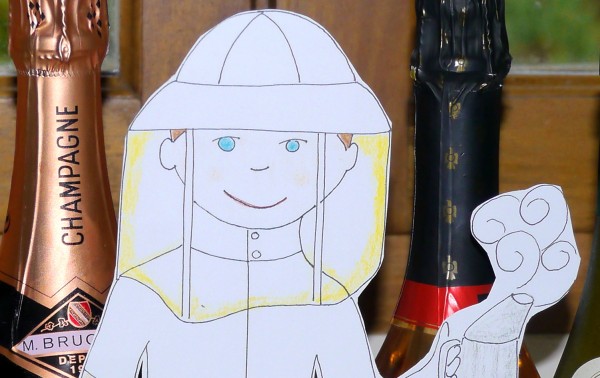 Flat Stanley has a penchant for fine French champagne.

My dream is to travel the globe and learn about beekeeping in different countries. When I heard I was to visit Dallas, I thought fine, not terribly far (about 200 miles from Austin) and certainly not as historical as London, England or seasidey as the Isle of Wight (England’s smallest county at high tide). However, it turns out that this Dallas is a Person, and I arrived after a stress-free journey in a small farming village in south-west France.

Being something of a connoisseur of fine wines, this is rather a coup (notice how I am already picking up some French vocabulary).

After a short siesta, we went off to have a look at the bees’ foraging grounds, which at this time of year means sunflowers, sunflowers and sunflowers. 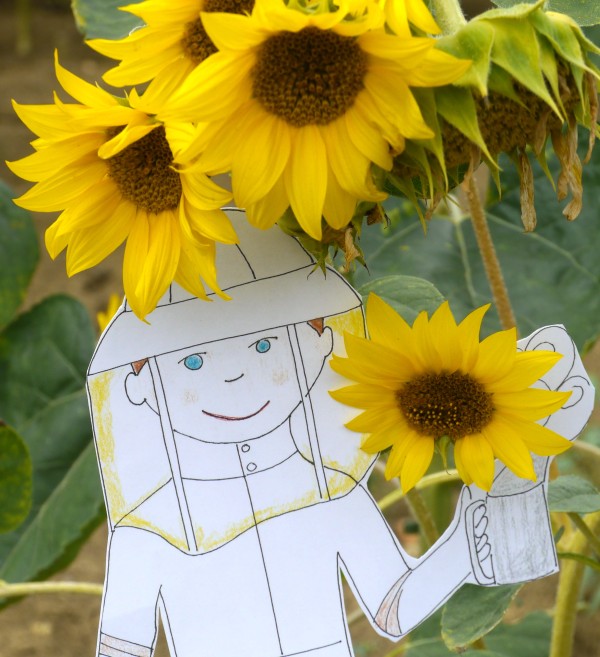 This means that the  honey from Dallas’ bees will be a monofloral honey. Last year it was a fabulous rich sunny yellow, and looks like it is packed with solar energy. It crystallises rapidly, has a creamy consistency and is rich in calcium, boron and silicon. In France, sunflower honey (or miel de tournesol as I now call it) is top of the leaderboard in terms of production.

Sunflowers are originally from North America (just like me), and were cultivated by the native Americans. They were brought to Europe in the sixteenth century by the Spanish, and cultivated for the oil from the seeds.

We also visited an alfalfa field – which last week, apparently, was buzzing with bees, but was now eerily quiet. Alfalfa honey is big in the United States and Canada, but Dallas says she hasn’t noticed it much in evidence in France. Yet.

Its not quite as hot here as it is in Texas. Today its been a pleasant 28 degrees (or 82° Fahrenheit) – but it can sure get darned hot inside that beekeepers outfit – so time for a bit of R&R… 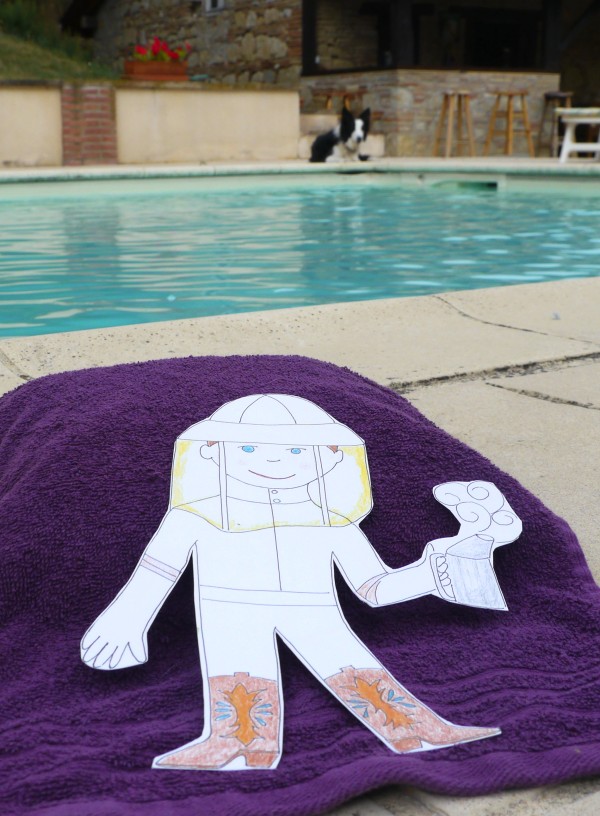 The honey extraction is scheduled for September 7th. Karl, can I stay here please to help with that?